I am writing this pretending that today was yesterday and that I am still on the road feeling that feeling that accompanies one when something is about to come to an end. But alas; nothing last forever and an end to something means a beginning of something else.
Our stay in Bishop lasted a week longer than expected. Yosemite was wet as was the rest of the western states and Canada for that fact. So for the remaining of our stay we played on the boulders aiming for mileage and trying to do as many new problems as possible. That lasted for a few days until Mike Wickwire came along and told me he was going to Maze of Death. Oh yeah, that thing. I had intended to walk up there but never got around to it. Mike and I had climbed some in Squamish and Hueco together and its always a good time with ol’ Mike and his dog so up we went. That problem is so wonderfully confusing, holds all over the place and a complete puzzle. I managed to figure out some beta, completely different to everyone else’s including Jesse’s who is almost the same size as me but way stronger. Mike figured out his but split his tip. Good times. I couldn’t put it together to send that day so we all walked down with fresh psych.
I only had a few days left and didn’t really want to spend it projecting but it is such a cool line, so very enticing. I decided to go back for it the next climbing day. My efforts resulted in me falling off the very last move which wasn’t so hard on its own with my sneaky deaky beta, but as usual, climbing things from the start usually proves differently. And so the cyclic madness of obsession started without knowing: stay another day or leave? oh the decisions! I had a week left in the country but wanted badly to see siemay with her blossoming belly and was torn between the problem and leaving. They were headed off the next day for a trip and so it was my only chance to see them. So I compromised a 1 night visit with them instead of 2 and stuck around another day to try. My efforts were in vain. My fingers were still sore and tired from the last 2 days and my best effort was not my best attempt.. Oh well, such is life. I walked away with heavy limbs and slight frustration at the border for making me have to go back to where I came but I shouldn’t complain. I had an awesome trip. I didn’t walk away empty handed because I didn’t send. I got an awesome line to go back to and memories of the fun times up there with awesome friends. The frustration I felt on my last day reminded of why I climb. Do I climb to send or do I climb because its fun. I do really enjoy projecting but the last day pressure I was putting on myself wasn’t fun and so if I am not having fun, why continue trying. And so with that, I let it go. Sort of.
And so, the journey started upward. No turning back now though I was seriously tempted. I felt as if I were playing a game of tug of war in my head. These irrational thoughts which were keeping me from where I was finally seized when I reached the point of no return which is roughly halfway point between Bishop and the Canadian border (or 2 tanks of gas, whichever you prefer). It was only then that I really walked away from the problem and accepted fate.
The stay at Noah and Siemay’s was worthy as usual. I learned 2 new magic tricks, got to take a shower, sleep in a house and see a beautiful pregnant belly. Not to mention seeing some of my favorite friends ever. Noah’s ambition and psych for life is never ending and inspiring.
The last 2 days were spent in Leavenworth. 2 half days of climbing, trying new stuff and lots of falling. We checked out the new rock slide, one of a few to have occurred in that area this winter. Nature is mighty impressive!
And with that, my stay in the USA had to end. I reluctantly crossed the border, relatively hassle free. It always blows my mind when I get hassled trying to return to my own country. Its like, wow, do you not want me here? I’d gladly turn back. But as wise lady Katie Lambert said recently:

“All we can do is enjoy the place in which we are….we gotta be present.” 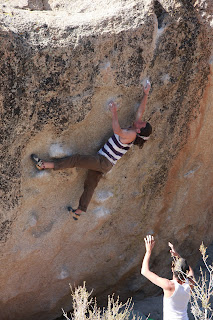 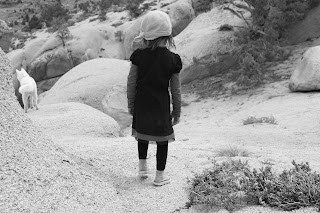 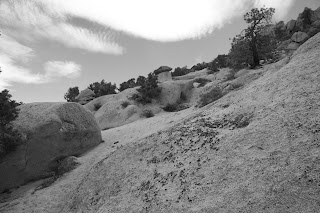 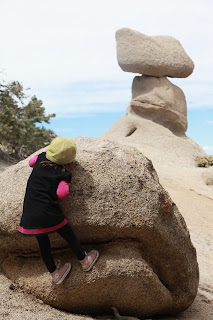 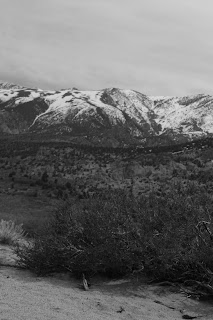