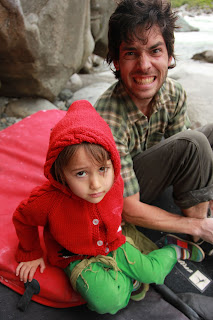 It was not the first year I had told myself that I would go to Colorado. No matter what happened, I would make it and every year, I bailed. This year when I returned to the horrendously wet and depressing spring in Squamish I told myself the same thing, Colorado in August, I’d make it happen this time, for sure. After a few months, surprise, surprise, I talked myself out of it. Squamish had slowly been improving and the spring climbing no one got this year was hopefully to be had now. Besides, I was getting into work, the market and well, truth be told, I am a little intimidated by the Colorado scene and even more so by the long horrendous hikes that have such a reputation.
Well, I’ll be dam. Shit happens and I realized another moment in Squamish might very well let me further myself into the self inflicted tortures of madness so I packed up and left. I walked into Climb On and told Dan I was leaving and he’d have to find someone else while the market was also put to the side. I dropped everything to seek sanity which tends to be much more useful for survival. Following my gut, I crossed the US border to seek some sort of refuge and hopefully catch a bit of vitamin D. Colorado remained in my head like a tiny seed though I knew better than make any concrete plans while my friend’s voice echoed in my head “you’re life would do great with a plan” and the adversary voice of another friend said ‘if you want to make God laugh; make a plan’. Maybe a balance of the two ideas would work.
The first stop was Index where I awoke in the middle of the night confused with the sound of pitter pattering on my van. Now every Canadian climber I know including myself, seems to think that once you cross the border, it stops raining; usually. Thankfully not all was lost and the next day it cleared up enough to play on the quick drying river boulders. Cedar watched in amazement at the large number of people floating by in odd looking boats while I struggled up the warm up. We both watched Max send one of the coolest lines I had seen for a while with a backdrop that refreshed. Seeking more entertainment for one day we hit up the local park while looking for info on the supposedly haunted house which lay just across the road. Haunted houses thrill me to bits and I was psyched to have some real adventure, never mind them rocks. 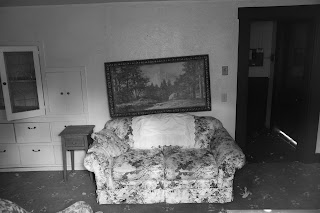 Moving on to Leavenworth which is always a good time, I discovered that climbing wasn’t at the top of my list while downing 5 pounds of cherries a day, eating $5 sandwiches at Dan’s, followed by dips in the local river was. Temps were in the high 80’s and I finally felt that summer had arrived. Any climbing to be done was left to evening warm-ups and wrestling with Zorro, a seemingly impossible v8 for anyone less than 5’7, which I exasperatingly yet enjoyably tackle on every visit. 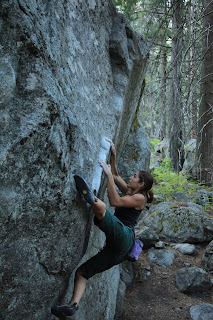 But alas, evening warm-ups were becoming unsettling and the thought of cooler temps and plenty of rock was enticing. The drive south was to begin. Needless to say that was an adventure in its own. The action started with a dramatic tire blowout which resulted in us walking to the closest building which happened to be the local pub. The employees gave us free fizzy water that tasted like lime and showed us their fancy cars whose doors opened vertically while the big boys went to change my tire with no success.  Later, an older well tanned man wearing tight blue jeans who resembled Rod Stewart stepped out of his BMW offering to help. As I watched his long blond hair flutter in the breeze, he told me he had quite a past of helping cars in distress and if I wanted, I could park my van at his house. I gratefully declined and told him we had intended to drive for a while. And so with that, I watched him and the AAA guy use 3 jacks to hoist my van which had already fell down twice. Finally they both managed and we were on our way.
The second blowout happened in the middle of nowhere with no spare (my bad). With no cell phone service, Cedar and I packed up some water and food and started the long walk east. Thankfully minutes later a trucker lady and her man who looked like Willie Nelson stopped to give us a ride which saved us a walk that proved farther than anticipated. I immediately regretted not having my camera and the saying ‘a photographer never leaves home without their camera’ rang loud in my ear. Dam! If only I could show you what I saw… After showing us photos of their grandkids they left us off at “Love’s” along with 2 bottles of iced water where we called AAA. The guy there volunteered to give us a ride back to the van and shortly after tow driver Mike rescued us from the scorching heat. We were dropped off in the creepy town of Ontario, Oregon Les Schwab’s parking lot which had a hovering stench of cow manure. With that smell, we spent the warm night exploring the rough little town, meeting some locals and awaiting opening hour.  The next day and hours later, the Les Schwab boys kindly patched up a major problem and gave me 4 used tires all for free. And so finally, three days after leaving Leavenworth and many a good people, we finally arrived in the fabulous Salt Lake City. 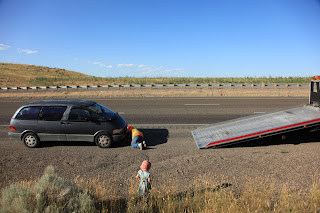 On final note, in defense of the international reputation of the American people, there are a mixture of people here who have some rusty casings yet who underneath have souls of gold. I don’t know if it is because of Cedar’s cuteness that blessed us with the help we got from such an eclectic group of people but whatever it is and in such a time of global madness, it showed me that people are inherently good. Thanks ya’ll. 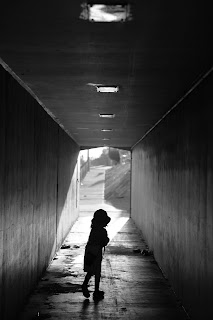 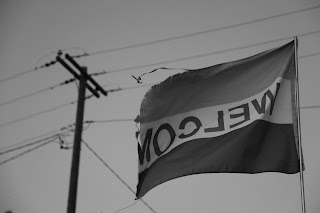 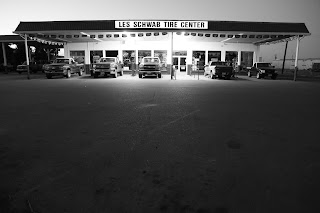 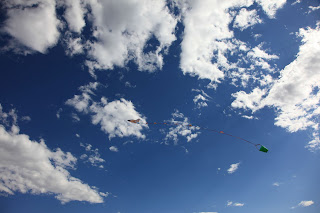