Some stories are more interesting starting at the end. Perhaps the beginning wasn’t too exciting or in all probability the end was so recent that the memories and feelings of it are as vivid as if they had just happened and so it is easier to remember and write about.
Tonight when I got home I decided to skip a few pages of the book that I have been reading, ‘Thinking body, dancing mind’. Some people have recommended it to me because of my ongoing mental problems when it comes to competitions. Skipping to the chapter on injuries, (Yes… again…) the opening quote said:

In other words, see the injury as an opportunity for reflection on yourself, your life and your sport. Instead most athletes, including myself, see injury as a set back and a hindrance. How can one get better if one is always getting hurt? Already having felt the noted typical ‘five stages of adjustment’ to injury: denial, anger, panic and depression in a short afternoon, I think I have come to terms with it which is the final stage, acceptance. Besides, my injury isn’t that serious… or is that just denial??
I have been struggling with motivation as of late so perhaps this is a good opportunity to examine that. It is hard to describe how I have been feeling. Possibly burned out, not psyched, lazy? It goes in waves and then I will jump up like there are ants in my pants, go climb and actually enjoy it. So yes, perhaps this is a good time to recover the passion that I know is still there. Climbing is as much a part of me as my legs and arms. It is just unfortunate that it just happens a week before another major competition.
Recently I talked to a friend about lack of motivation. He being another avid climber, very strong, yet I have noticed he always climbs in waves. He told me a wise man once told him that “Climbing is a wonderful thing to bring you in the direction of many new and exciting places, but it isn’t always the best thing to do when you get there.” I guess this injury is forcing me to listen to just that.
I suppose that it is well time to admit that my climbing habits have changed some this year which will bring me to the events of the day. A bit hesitant to admit this, although not at all timid to admit that I am not very good at my new “habit”, here it is: I may have slightly become one of those gym rat comp climbers. I use to look at these people and wonder if they ever put their strength towards real rock and what does climbing mean to them. Do they share the same passion as we outsiders? How do they feel about being outside? Do they fear dirt, wind and grim? (Yes, some of them actually do climb outside and share the same ethics and love!) Going outside is still important to me and always will be. Recently I have been outside more than the gym minus the last 2 climbing days and alas, today.
Two days ago I went to the gym and ran into some friends that I met in the Vail boulder World Cup. They told me the British Bouldering Nationals were in two days and that I should enter. Without a solid plan for the next few days except to find a van and prepare for the Chamonix WC in a week’s time I was easily persuaded. Besides, one more comp experience would be good for me and I looked forward to trying some of the Euro style problems that the comp would offer.
Here it is summed up: Two hours, ten problems, 3 goes a problem and that is it. Points are allocated with how many attempts it takes, meaning flashing is obviously important, sigh… But alas, I do find these competition things fun in a weird sadistic sort of way.
The first problem was fine even though I was close to shaking myself off out of nerves. The next one was a dyno, close but I clearly needed more aggression. The third had me extended to the max and not being able to move. The forth was a face climb where I was again super extended. I found myself on my tippy toes trying to pull an open handed crimp into a real crimp so that I could have the power to move my legs higher but being so stretched out didn’t give me much pull, hence, the middle finger now hurts. It got stretched and pulled on to the max and thus strained. Falling off because of reach on the last two problems more than bugged me while I watched taller girls hike the sections of these problems. I know what I am capable of and… ugh, I hate when I start thinking like that but it was like an old demon that got the best of me. I could have reminded myself of Kim Jain, a very successful and very short World cup climber who is a complete bad ass.  Who knows, maybe I could have done those problems if I moved a different way or something but hella man, the problems there were so technical that you had to move controlled otherwise you’d be spilling your beans all over the floor.
Walking away with some physical pain and a hurt ego, I rested after that for some time. I went through a mental war and decided to tape up and keep going. I tried another face problem and fell off at the last move. I wanted to give up, I felt so useless and incapable. I threw myself at a few more problems without much focus and flailed terribly. My grrr wasn’t there, and my psych had run away with my desire.

Well there is a saying that if there is a will, there is a way. I looked at the clock and there was twenty minutes left. I hadn’t even tried five of the ten problems left and there were line ups on all of them. I don’t know why but with only twenty minutes left to the qualifiers and after looking at all the X’s on my scorecard, my frustration turned into a more useful energy and I found myself wanting to try the problems because they looked cool and not because I had to. My psych finally arrived and my much needed grrr appeared. I ended up doing 4 problems in total, 3 of them in the last 20 minutes. I didn’t get to try one of the problems and had only one try on another because we ran out of time. A shame really because the problems were actually really interesting and unique compared to what I was used to. Despite the pulled finger, it was satisfying to have done what I did and to have gotten to try some of the British/euro style of type of setting, but I will admit, I was kicking myself hard when I saw the final problems. They were so freaking cool and improbable. Alas trying them wasn’t in my fortune and it bummed me that I had missed that opportunity. Besides the fact that I walked away injured, I learned something new as one does at comps.  The note below which I will write to myself again for next time pretty much sums up my lesson:

thomasina,
Unleash your freakin’ psych, focus, commitment and grr on these problems NOW, because later there will only be twenty minutes left. You will thank me later.
Signed,
thomasina
And that is that of my past few days here in Sheffield. Rewinding somewhere to the middle, we arrived to Sheffield from North Wales via my good friend Neil. We had about thirty minutes on the fine gritstone that the area has to offer until the British summer came into full effect and we blasted down by sideways rain. The sun eventually came out again and we spent the evening warming down among the bleating sheep and local ramblers.
Our first week in Britain which was about 2 weeks ago is past, so really, must I go on? I will make it short. Went to North Wales, saw some really cool old friends, climbed in Llanberis pass in between the hundreds of rain drops, drank tea at Pete’s Eats, ate lots of chips and biscuits, visited a castle, drove on the wrong side of the road and didn’t crash or die. That place is dear. The grass is so green and the ocean is so pretty.
The end.
XX 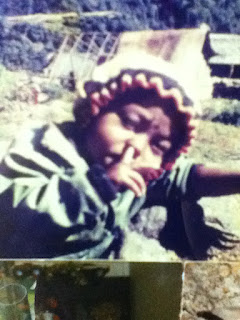 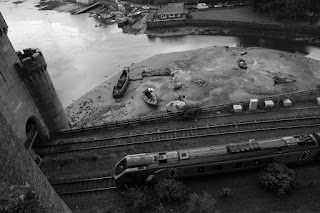