My spirit was in need of the type of revival that only fresh air, rock and good people could quench. The slovenians had invited us to join them in silvretta, an irresistible invite. As we drove between mountain and sky, thoughts of friends and boulders ran through my mind. Our greeting was a Spanish couple with smiles that extended from one ear to the other. They were as puzzled as i was as for knowing if we were at the right parking spot for silvretta but the near by vans littered with climbing pornography confirmed that for us. 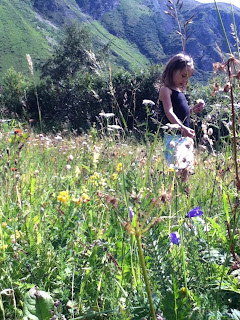 My soul felt immediately rejuvenated. i was outside facing a view of mountains which were swimming in wild flowers.  Someone had not only talked to me; the first time in a while but they even invited us to climb with them… Sounds rather a normal situation  in the climbing scene in america but given where i was and my last 2 months,  i was rather taken back.  Part of me felt at home and so relaxed that my skin felt as though it were hanging off me. For the next day we hiked and climbed to our hearts delight. Surrounded by  blue skies, fresh air, boulders and finally a nice, welcoming and supportive crew of climbers: well, it had been a while…!
My life force quickly returned and with that thoughts started to wander back to the comps and the upcoming bouldering one in munich. I hadn’t been bouldering like one would want to be if they had a big bouldering comp coming up as I was busy ‘traversing’ trying to build endurance for those previous rope comps… Thoughts of the past two somewhat dreary months drifted into my head. Vowing to never sign up for rope comps  again sans partner, I withdrew from the upcoming rope comps and decided to just focus on bouldering.  A wise decision. It was re-donkulous  going into those comps without having tied in prior. Ironically, i was surprised to feel rather psyched to get back at it. With two weeks left to get some power back and with a renewed life force, we waved good bye to silvretta and drove north to the land of the Germans.

The history and reputation of the germans is something that they do not live up to. On the contrary, Germans proved to be the more outgoing of the Europeans that I had been around. I felt as if I had left Europe somehow. Not only had i finally found a good gym to climb at but the people there had actually talked to me and made me feel really welcome. Don’t take me wrong; it isn’t that euros aren’t nice or friendly. To quote a European on the topic: ” we just aren’t that social or open as the climbers in America”. The gist of the culture is weaving its way through me though I am rare to admit that it is an easy process.

The next two weeks in Munich provided me with a motivated and supportive crew to be around.  Canadians seb and zombie came a couple days early and we touristed the town, danced down cobbled streets lined with golden bricks and experienced the best ice cream in the world lather our mouths with pure goodness. I met a wonderful couple at the local park who left their mark as well as an unwelcome visiter who robbed me of all valuables that my van sheltered. Letting go of certain material goods is usually not a problem for me as I say, certain. But the disappearance of my camera was a hard lesson in letting go of what was mine and what it represented for me: a creative outlet, an expression of what i see and a source of income. At this point getting another camera seems next to impossible,  but its loss was a good lesson. Letting go of ‘things’ can make room for other ideas, outlets and efforts.

The comp itself was interesting. Being the last climber out, I endured and survived a very long 7 hours in iso which gave me more time to pick the lint off the couch and warm up several times. Knowing the crowd would shrink by the time i was out, there was plenty of time left to sooth out any nervousness. That said, not being nervous didn’t prevent me from making a lot of mistakes to learn from but overall I enjoyed it and left feeling that the problems were doable…I just needed to be more prepared and climb smarter… aaahhhh!

The French coach whom I had met years ago in Hueco told me with his French accent, ‘oh yes, many mistakes. You climb too static, not aggressive enough, you know- it’s from climbing so much outside.’ One thing I find hard with the transit is changing my style to suit the plastic world. It slowly creeks through me, unwilling to move or adapt despite all my efforts. It is not like I want to change it. I just see it as a mold that I would like to add to, shape and configure into what is needed for the given moment.
Watching semis was exciting as I cheered on doro a friend I had met in hueco 3 years ago and who has thankfully appeared in my life again. It is nice to have some nice people in my life especially in these situations. i had not watched myself climb in a comp before likely because i haven’t yet mastered outer body experiences, which come to think of it, would be quite handy as one could see what errs are being made as well as remove the over thinking head from the equation and let the knowing body do the work. Watching some of the taped qualifiers to see how I really did despite all hopeful beliefs was the next best option. It was interesting to see that i didn’t do as bad as imagination and memory recalls and even nicer to see that everyone makes mistakes… even the top guns.  : )
Enjoy? Please donate! 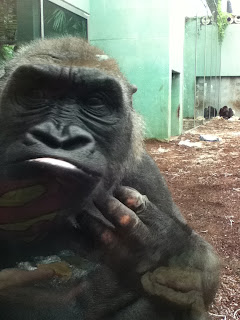