Out of all the european WC’s, Slovenia was the comp I was most looking forward to. I have met different climbers from there throughout the years and because they were so cool, I just assumed their country was as well. I spouse it’s never wise to assume things but the small Eastern European country didn’t disappoint.

The streets were littered with tasteful graffiti. The cleanliness wasn’t up to par with that of the sterility of Germany which was rather refreshing.  There wasn’t one bus ride where someone didn’t talk to us. Obviously because of the cuteness that stood next to me but all the same, there is something wonderful about being spoken to and  understanding absolutely nothing but the radiance in ones eyes.

The hostel we opted to stay at was not far from town which allowed us to explore some of the offerings of Ljuibana itself; music summoned from an old man with a saw, antique flea markets, a river that gushed through the centre of town swishing and swirling in between stone walls which stood high and proud like the city itself. 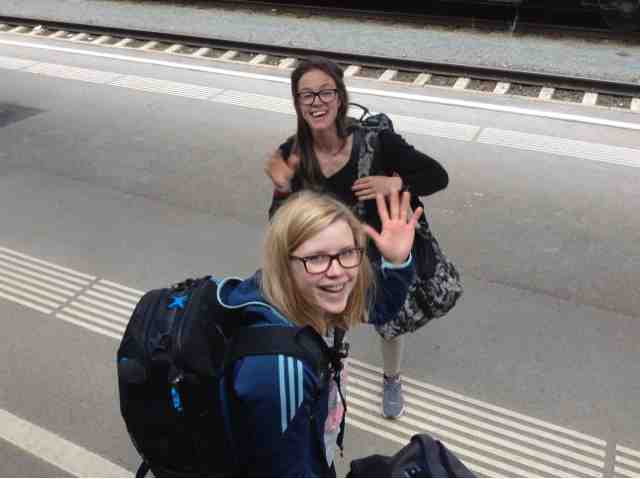 The competition was located 20 minutes outside of town which meant a lot of bus riding and roadside viewing. I was pretty excited to hear that the head route setter was Jackie Goodoff who in my eyes is the best, even if I had only a taste of his mastery very few times.

The problems did not let me down. I mean, I fell down- a lot actually, but… all the problems felt possible but one. With better route reading skills accompanied with power endurance I left with some hope that ok, yeah, maybe I can do these problems. Maybe not in the five minutes given today but a seed of hope was planted.

Despite a horrendous warm up, my mental approach was better this time around; really I had nothing to lose. I had already come near last which might as well have been last because it really doesn’t feel much different. I know this: I have been both..!

I approached the comp focusing more on my breath and simple positive thoughts. On problem one I repeated ‘trust’ like an endless mantra while looking down at my feet placed precariously on a sloping feature. Maybe it was just luck which as many of the experienced competitors tell me is a factor but it worked and I was relieved.

Later in the game I realized that maintaining this focus and concentration requires mental endurance, practice and patience with oneself. I couldn’t quite regurgitate the trust I needed with my feet for problem two which was really cool even if i didn’t get to the cool part which stemmed far out right to a corner. Problem 3, I was so close… Falling so near to the end, I just needed more commitment and coordination on a dead point and the obvious power endurance for further attempts. Problem 4 was a power move off a big fat pinch. Just plain hard and only had a couple of ascents.

For the final problem I was tired but determined. Unfortunately my determination rushed me into a mass array of confusion on a line that was relatively straight forward. I mis-read the beta and was so busy looking at the final hold that i didn’t take notice of the bonus which would have been completely within reach, had i not screwed up the beta. After realizing that I fumbled the sequence i didn’t take the time to rest and threw myself at the wall over and over like a scarecrow without a brain until my fingers were so done there was absolutely no hope of even getting at the bonus which was so close, yet so far.

One of the things I learnt from this comp was to try to keep my focus on one problem at a time, breaking that down to one hold at a time; a lesson which i need constant reminding. Leaving the happy feelings behind after a problem is sent, is just as important as leaving the disappointment behind if a problem is not sent. Comps seem more and more like a game and if you are an experienced player and read the board right, things happen.

There was some disappointment as i honestly felt i could have done better this time around as the problems felt much more possible but overall, it was good.  I met some solid individuals who knew more about training than I and they passed on their tips and put me on a tightly restricted schedule for preparation for the next comp which was in two weeks. Apparently shorter, but harder sessions are the way. How I wish I had met these girls months ago for such advice!

Overall, I felt more relaxed which is always more enjoyable. Slovenia was like going to a candy store; I got a taste of the country and Goodoff’s work all at the same time. Not to mention the train ride which in itself, was well worth the ride…