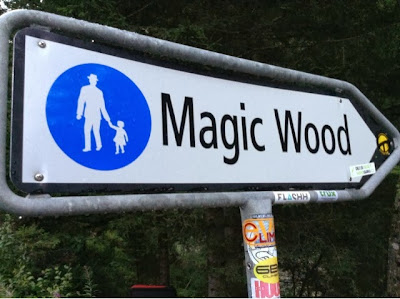 It must have been the influence of Squamish that built up the endurance in me to stay throughout the rains. The granite was similar, talused, sloping with crimps situated randomly. The dense forest surrounding the boulders was tall, green and hid us from the outside world. Even the water from the old wooden bathtub with a sign above it saying non-potable, tasted just as good as the water springing from any of the fine household faucets in the sea to sky corridor.
And of course the rain. I knew it would stop eventually. It fell upon and touched all of the rocks, drowning the moss so that they held enough water in them to pee out for days. The only difference was the wind which didn’t blow like it did back home. It came and went at its own will. And with the wind came an old friend and a taste of forgiveness for myself and them which I never knew possible. My thoughts imagined it so but another part refused it. Like an old washing machine switching cycles, going back and forth, unable to commit to anything but unrest. But then it came. I never knew it would be so easy. So freeing. I was taught otherwise by example. To hold on until your hands bled. It was like letting go of a long heavy rope that weighed on ones back for the duration of what seemed a lifetime. The lightness and clarity that followed showed me my insanity.  Oh how silly. It was my uncle tom who told me i was my own worst enemy. I being too young to understand looked back at him with a face covered in confusion. Always let go of that which drags you down. But it was I who held the rope coiled so tightly around myself and only I who had the power release it. 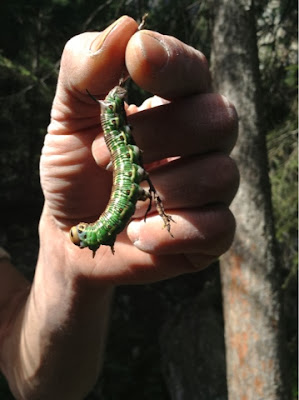 Between the many mountain showers and the dry blue sky, magic woods became a different place. The campground emptied. The day to day routines remained the same but less climbing and more of a nothingness which filled and quenched the soul. As the rains fell and with our new company it felt more and more like Squamish yet oh so different at the same time.  There was a surrounding freshness. As the rain cleared, fresh air blew in giving the rocks air to dry.
The rocks became more and more crisp as the weather improved. It was almost too cold for me, my fingers bending slowly as if frozen. But this passed too bringing in sunshine and perfect conditions. Projects were sent by everyone which was a great relief as we all know nothing last forever, especially the sun. The continuous sun attracted more people. What was once a campground of 5 to 6 people became a place where tents and vans parked so close to each other, bringing a feeling of happy sardines in a can. This closeness felt unusual for me coming from where camp spaces are the usual size of 3-4 large parking spaces but this was the norm for European style camping. Our climbing partners and friends for the seemingly endless two weeks of rain and sun departed to continue their lives in other ways. We waved a goodbye to our old friend with the remnants of happy tears in our eyes.
Learning to be more social, or at least adapting to the European style of socializing, new people arrived who quickly became friends. The next few days we basked in the sun and played around on all sorts of boulders. I had done my main projects for the trip though as we tried more and more, my to do list became longer and longer. All we needed was the pending rain to hold off or at least, time to stay still a bit longer.
But things don’t happen like that. The rain returned but this time people didn’t leave. So neither did I. There’s still some hope it’ll dry. Theres still some hope we’ll get just one more try. On this line, on that line. It’d be nice to try that one i have never seen before and even nicer to finish just that one line where I keep falling at the end. Oh, and that one with the hard first move… So many problems and all so nice… It’s good to be in the magical forest.