With three weeks till Nationals I let the cold winter blow through me. We walked religiously to the closest gym while battling the snow and wind which was so cold it awakened every cell. I resumed the strength aspect of my training where I had left off. Time passed quickly and already there was only 1.5 weeks left to the big comp. Tonde was flown to Montréaĺ's Allez Up which held a practice comp circuit as did the gym Vértical. It was at Vértical where I was introduced to the idea of "tapering" by trainer and bad ass climber herself, Melissa Lacasse. After asking her if what i was doing was ok, she concluded: arrêt!! Apparently I was doing too much...again...! How lucky are these kids who have coaches and such who lead them down the right path which I stumble and fall on blindly...!

The days were nearing and my nerves were increasing. My body wasn't as rested as I wanted despite toning my program down to Melissa's advice. In my spare time I absorbed what I could on mental toughness in sport and tried to apply those ideas to my training session. Intentionally I would piss myself off while trying a problem and get worked up as if at a comp and then try to regain focus. I tried to get in the zone and give 101% on all attempts which is something I sometimes struggle with summoning on call. The mental game was complicated and the effort to get where I wanted to be seemed mini steps forwards and giant steps backwards. I thought of previous times when I reached this state. Fun came naturally, I was relaxed and thus climbed better. So how to attain this state in the middle of a comp when the heat is on? When all you trained for comes down to a five minute performance? Well- I haven't figured it out yet and Nationals proved that to me. 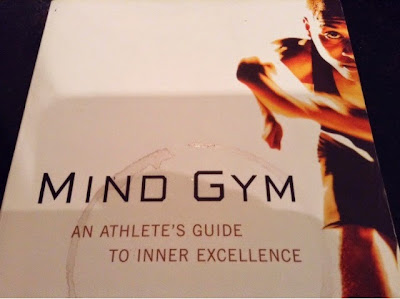 Everything I read about mental toughness fell apart the minute it counted. With one exception: a long sideways jump. I knew I could do it but I just wasn't sticking it and the more I tried, the more I fell. My frustration was starting to boil and the clock was ticking. Finally in the midst of these emotions, I realized hey! this is what you practiced! I immediately became aware of what I was doing and calmed down, refocused and shortly after, sent the problem. It was ten tries later but it was a mini victory. The rest of the comp didn't go so well. I hesitated on big jumps, questioned myself on long moves, and talked myself down from having the ability to do anything put in front of me even while staring down the finishing holds. I did everything I read not to. Semis went so bad that after it I went into the seclusion of the back room and kicked myself for not relaxing, for hesitating, for failing to smile. It wasn't fun. I felt like a cloud of doom loomed over me that said I would climb under my potential in every comp that mattered. I could never relax, have fun, just be myself.

After my tantrum of disappointment at the end of the comp I discovered I had made it into finals. It provided a new slate; an opportunity to let go and move on, something easily said. To detach myself from the comp I opted to watch the film Black Swan. How fitting and horrifying. It was like watching myself portrayed not as a climber but as a dancer. Part of myself could not let go enough to just enjoy the movement, to be free. The only option was like that of the Black Swan, death. But death of what? The internal pressures and expectations, the insecurities and nerves, the voice that told me I couldn't...? 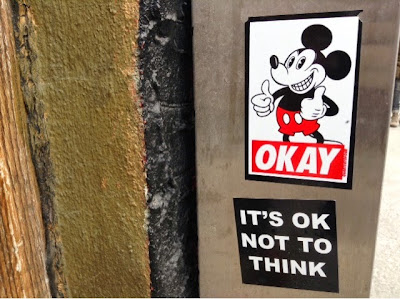 People might wonder why I continue to take part in these competitions if they aren't fun. Yet the ironic thing is, I do have fun. Up to a point. But I know I could have more fun. If I can step out of my way as mentioned above. I see it as an excellent opportunity to not only improve my skills as a climber but also as a torture tool which teaches me how to deal with failure, adversity and pressure. To find a way despite all that is faced to come through to the other side, to step into the light. There have been mini victories and giant disasters but none which I haven't learned from. In the end, I have a goal. To be able to go to a competition and climb to my fullest potential: physically, mentally and emotionally. To be able to be on a climb, trying my best while relaxed and smiling like Briggs did on problem 4. To have the carefree attitude of Clarrie. Elisa confessed to me it took her nine years to get the mental strength she has now and she like many, believes comps are 90% mental. It is here where one of the greatest teachers and human being comes to mind.