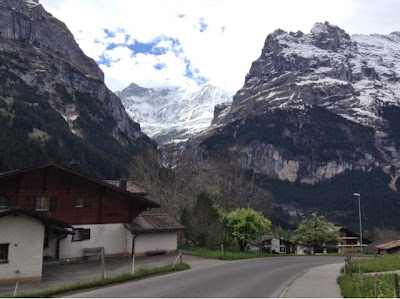 The World Cup season had started weeks ago for many a climber, but for myself, it was just the beginning. Unsure of what lay ahead, all I really hoped for was that I’d be able to walk away without the heaviness and despair which plagued me at the end of last season. I knew this wasn’t last year and the chance of it repeating itself seemed solely a decision and view which I had to make. I was better prepared than last year as I had been climbing in a good gym this round. The only downside was that my last few months were spent working as a route setter; a job which I have found a new respect for. Route setting is fun, but man, it’s physically tiring and leaves little energy for one’s own training. That said, there were benefits to the job; I could read problems faster and learn from the route setter side of things.

As we slowly headed south on the German freeway, cars rushed past me at a speed I considered insane. Maybe it was my thoughts that seemed to slow down the world, but highway driving makes me feel like life is as endless as the road and changes as quickly as the views which each passing mile. Once arriving in Grindelwald, we stood as close to the base of the Eiger as I would ever get in this lifetime. The famous mountain stood tall and proud in the midst of the other mountains which were just as beautiful. Surely they have a name too I thought; they surely deserved one just for their impression alone.

There was quite a Canadian team this round which helped with team spirit and support. Cedar and I continued our van life and slept in the parking lot of Seb’s hotel where we hoped we would go unnoticed by any hotel security guards. Idle time was spent between the girls apartment and walking to and from the event which by the end of it, left my calves and shins as sore as my arms.

Four months of training comes down to five problems. What are the chances, my biggest weaknesses, jumps, dynos, big ass moves, appear on all five. In retrospect, I thought about how much time and effort I had spent learning and practicing them. Clearly, it wasn’t enough and truthfully, I knew that. The first problem had a mini jump. Thankfully my brain told me to jump instead of its usual, ‘oh shit that’s far’ which normally plagues me with doubt and hesitation. The second problem was a run and jump. My efforts were awkward and the coordination clearly needed was not inside my cells. I vowed to myself to try harder on these monkey tricks which often fill my mind with fear of imagined falls so heinous that I would have to crawl off the mat with two broken ankles. Overactive imagination, yes…

After problem 2, the downward spiral started. I asked Jelisa and Sean for feedback so I could learn and improve from my mistakes. Sean said to train coordination which was obvious. Jelisa pointed out that it seems on my 2nd or 3rd attempts, if it doesn’t go well, my back cowers and I seem to go somewhere else; giving less effort to my tries. Now this is interesting. Obviously I can’t watch myself but I can relive the feelings aroused from each problem. And although I feel like I am physically trying hard, I knew what she was talking about. The fighting stops, as does the hope. I no longer believe in myself. Passiveness but with effort. It was getting me nowhere and fast. God-dang, it was like I stood in front of a veiled mirror which reflected fuzziness and someone had pulled the covers. Thank you Jelisa. I now have something to work with.

The next week I looked, analyzed and tried to understand this sort of emotional blanket. I thought of previous comps and times outside of climbing when I felt this. It took a lot of prying and I wouldn’t say it’s figured out completely but it is at least understood a little better. Facing let downs or rejection can always be challenging. I promised myself for the next comp I would try and be aware of it. It was a bit of a disheartening comp but at least it wasn’t the last. There were more chances to learn and hopefully improve. Until then, I had my work cut out for me. Jump, coordinate and figuring out my head and emotional space a little better. (Errr rather, a lot..) 😉 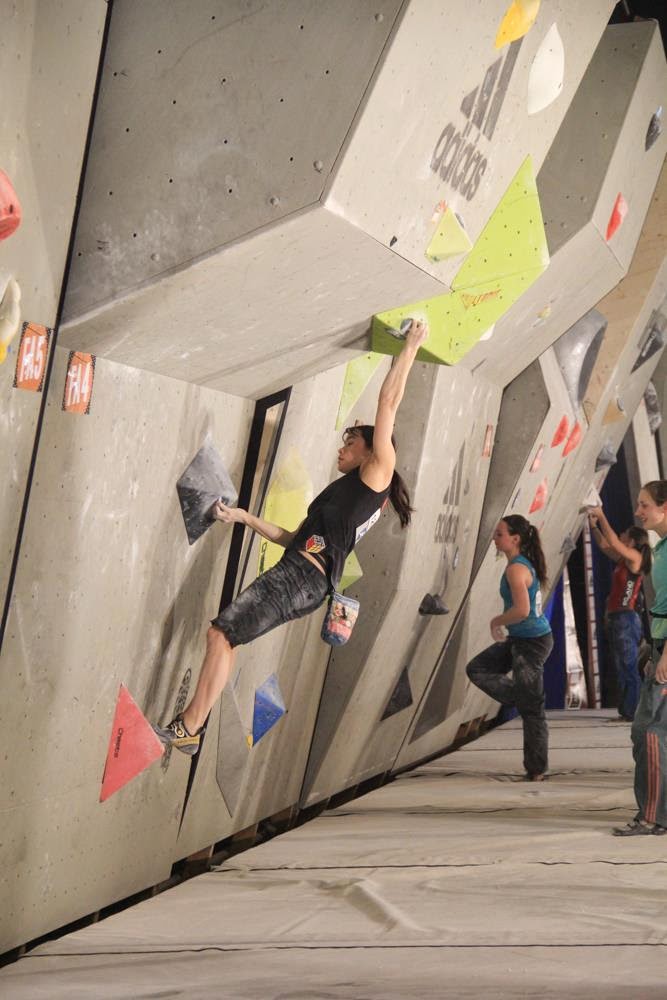