Apologies ahead but this will be a most negative rant spreading the most undesirable vibes into a wilting world and achieves nothing but a voice let to cry out its poison upon the listening eyes of some soul who will perhaps read and tut, and imaginably, tut again, in disapproval over the expression of frustration which burns inside of me.

Fortunately for the reader and perhaps the whole of existence, the fire inside has been extinguished. Flickering its last sparkle of light, only the aftermath of reflection remained. Analyzing everything from my thinking to my movement; from the moment training commenced to the second I walked into isolation, to the moment I walked off the blue mats for the last time; what did I do wrong?
Looking back to February when I started my poor excuse of a training program which coincided with my work as a route setter, my average week consisted of one training session to myself while the remaining climbing days were working, setting and testing. While setting improved my route reading skills, it left me too zapped to maximize my own training time. So, the one month before this competition, I worked some and gratefully took the last two weeks completely off so I could focus on my own climbing.

Needing some space from the gym and Munich itself, I headed south to Zurich where I swindled my way into the training sessions with the Swiss team. The problems accompanied with strong female climbers kept me psyched to learn and improve. I admired the extreme focus they showed while training which looked no different to the intensity they showed while competing.

Returning to Munich, the weekend of the competition came and passed as quickly as a summer in Germany. The resulting anger lingered longer but was then replaced by sadness. Overall I felt more prepared than I had for any other competition. The time off work refreshed my body and mind. The trip to Zurich boosted my confidence because it showed me that I wasn't as far off the mark as I thought. Competition however, is a different world.

Forgetting to take a deep breath I approached problem one with nervousness accompanied with determination. The wind blew at me as if to remind me to slow down and breathe, but my body was too stressed and uptight to notice. Quickly arriving at the top on my first attempt, my fingers edged towards the final hold which was just out of reach. Readjusting, I brought my foot higher so to make the span but it popped off unexpectedly and I found myself on the floor below. Rushing to get back on, I immediately fell which reminded me to calm down, at least for the moment. On the third attempt I headed back to the top but my center of focus had switched 180 from my foot placements to the new voice shouting loudly into the microphone, ‘go momma, go’, over and over. Upon hearing, I told myself to stay focused but my legs immediately started to shake. I just wanted the noise of the blurred crowd back with no differentiation between voices and my focus back on the wall. Sean McColl’s mother once told me she isn’t allowed to cheer her son on in a competition which confused me but finally I understand why. If anything, this has given me a serious slap in the face to improve my ability to focus amidst adversity.

The next problem in line was a huge double dyno. I touched the hold but wasn’t high enough to grab. In fact, the very strong Russian champion Dinera who is my size but well beyond my abilities didn’t do this one. It was clearly very far and being short in this situation is definitely a frustrating disadvantage. From a route setting perspective, the second group’s dyno was much better set. Many climbers of all sizes had reached the bonus and/or sent the problem. To make the problems equally hard for all sizes is a challenge but given that it was a world championship, I hoped for better setting. An extra foot hold for the petit makes a world of difference.

Without going into each and every problem which i complicated beyond measure, I will save the reader and delve into the questions that I asked myself afterwards.

Did I make a mad fight for each hold meaning: nearly slipping off and re-grabbing until finally my ass was spit on to the blue mat like the try hard Slovenians? No. I fell on my feet most of the time and after the comp my skin and nails were pathetically without scratch and blemish.

Did I attack each problem with full effort and focus like the Swiss do in their training? No. I stood in line as if waiting for the wall to move towards me. No attack. No bear stance. No aggression. Well, there was aggression, but not the smart kind which brings me to my third question.

Did I think clearly and climb with smart and calculated movements? No. I climbed like a moron. I completely doubted and distrusted my abilities and my choices for beta. My attempts were accompanied with a heaviness of self-doubt and lack of trust which quickly pulled me down into a deep abyss. While there were some improvements, a familiar passiveness remained. Far from relaxed, I walked away with annoyance within myself. Wanting to do so well, I threw myself at the problems only to forget my brain on the floor.

Finally I asked, what exactly is holding me back from 101% effort, commitment and belief? Do I want this or not? Am I prepared to fight for this or not? These questions revolve in my head as if provoking the answer to come out of its shadows. I show the written proof of my training that marks my dedication, alongside with the debt and sacrifices made to compete. Yes, I reply, I do, but I seem to be in my own way.

So what now? Reevaluate; question the sabotaging voice that doubted; work on my ability to relax; and train smarter with discipline. I will seek and find the 101% focused attention that I truly need on that wall and in life in general. I will learn and train the secrets of the fighting yet flowing ninjas; I will rewire my mind and every single cell in my body to fight for each and every hold until it’s either in my grasp or until my blood lays on the floor. I will continue to seek the path to freedom until the voices of self-doubt and torment are no more and all that remains is the simplicity and enjoyment of pure movement. I will watch more Bruce Lee.

Hopefully I didn’t put a bad taste to your day. XX

If you enjoyed, please donate! 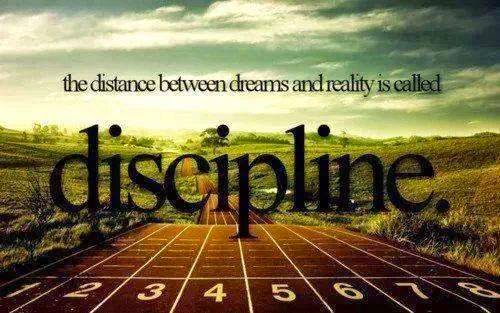