About this time last year I signed a piece of paper which felt somewhat like a contract to the devil. It required things of me which I had not been accustomed for a long time, mainly scheduled work. It wasn’t the work that made me shudder but more the obligation to stay in one place for an extended period of time. The thought sent shivers down my spine; the invisible wings on my back flutter. At that point, I wasn’t sure what I was getting myself into, but needing work and having been offered a job without asking; well, it seemed an easy solution. After all, it involved working with an amazing crew of setters in one of the best boulder gyms so, why not try. It’s hard to sum up basically a year in one post so I’ll keep it short and touch on what I learned as opposed to the little things like holy shit, not once did my too often visualized fear occur. Curious what that may have been…? Well, here it is:

I’d be standing on the top of a ladder which was usually balanced a bit precariously. My tippy toes at full extension allowing me to reach the t-nut which was well above my head, just almost past reach. In one hand a drill while the other held the heavy hold against the wall. Suddenly I would lose balance and thus attempt to save myself by jumping off the ladder like a cat. In the same sequence of events, the ladder would knock over some poor climber, smashing him on the head. On my way down, I’d trip on a rung, fall face first into the pointing end of the drill and stab myself…

Realistic?? errr…well regardless, I am pretty psyched this did not happen. Not.Even.Once.
What did happen? I improved on a few things, like how to set good boulders for people of all abilities including beginners to someone with forearms the size of Popeye’s. The challenge of figuring out the details for how to make hard moves hard without giving advantage to those of various heights, simply by switching the angle of a hold to a rearrangement of feet, was always interesting. When the selections of holds were down to the bare bones and I stood above them wondering of the limited possibilities, somehow, it figured itself out like any good jigsaw puzzle.
Surprisingly, setting served as a creative outlet. I envisioned complicated and interesting movements and tried to mimic them onto plastic. The many problems from the World Cups that I had flailed on were brought down a level or two in my own creation. I learned that setting problems with volumes isn’t as easy as it looks but forces one to accept a change of plan.
Then came the inspiration. Around the times of the competition season, Boulderwelt attracted strong climbers from many an international team. I had the opportunity to watch Akiyo Noguchi stretch for what seemed like hours while her teammates ran around laughing, flashing every problem in site. Then when she was ready, so would she. The Russians, Koreans and Austrians were no different. While I worked my ass off with drill in tow, my eyes would fall upon them, spying from my various ladders and corners, watching their calculated movements, wishing that work didn't exhaust me so I could play too.
While comparing oneself to others isn’t a ‘yeah, yeah’, being human makes it inevitable. With the exception of the crème de la crème who seemed untouchable, I found watching the ‘semi-finalist’ served as a motivator and confidence builder. Here I was witnessing those who in competition appeared so much stronger, confident, and seemingly more dexterous, and yet, the illusion of their perfection slithered away before my eyes. They fell and stumbled just as I, and surprisingly, even struggled on moves or problems that I had already done. Knowing, ok, perhaps they are tired, but for once I opted to use this as a positive reality check instead. As competitions tend to leave me feeling on the hopeless side of things, perhaps some hope still exists; if they can do it, I can do it. 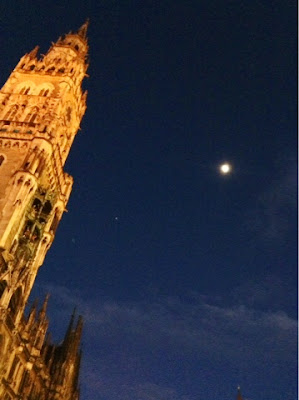 Meanwhile, I had been under the illusion that working as a setter would aid my performance and abilities as a competitor which was a motivator for taking the job. While it did improve my route reading skills, it left me too exhausted to focus on my own training and awakened in me the realization that, unlike my co-workers, I was not in my twenties. Long days of lifting heavy boxes of holds and ladders 4 times my size, not to mention the setting and testing itself, was taking its toll. After just one month of this, I found myself weak, run down to the point of sickness, and walking like a 90 year old with a broken back. back whip post
This wake-up call effected my training dramatically. All hopes of improving and addressing weaknesses were limited to the one measly session per week where I climbed for myself, not work. When other competitors were training, I was climbing ladders and screwing on holds which is not exactly ‘training’. Something felt very wrong, and as much as I preferred otherwise, bitterness crept into my thoughts and my own shattered dreams. Although things did not work out as envisioned, with a beat body and hopes on next year, I finished with a respect for the people who make ours walls so much more pleasurable to play on.
Upon concluding work, much retrospect followed. The take away lesson showed itself very clear. Before starting this job I had dreams and ambitions accompanied with doubts and fears of how I could financially make it happen. The memory of how I have survived thus far, sans contract, simply fell into the shadow. But clarity was a slap in the face. The realization that I had taken the job simply out of fear, insecurity, and self-doubt was so obvious, it was unobvious.
And now as I stand in the same situation as last year, empty pockets filled with dreams and ambitions, the temptations of a new contract gnaw at me. But there is a force more powerful, nudging me to walk away from the temptation of ‘security’. My body quietly reminds me of the little injuries incurred from setting and that it won’t be able to handle much more. My climbing dreams shuddered upon the thought of returning. Standing still, fear and doubt fill my mind. While reaching into the unknown towards a world I dream of, I must sit even longer to feel clarity sweep into my swirling mind. It doesn’t come but I know it’s time to move. Edging toward the unknown path which lay before me, there is no security and fear of complications. Waving good-bye to the good friends I had made, the long bikes rides on the never ending Isar, the beautiful green city of Munich, home of delicious ice-cream, Cedar and I drove away. Although the air is cold and the path unknown, it is wide open here.
Thanks for reading and big thanks and hugs to my fellow setters and friends at BoulderWelt who made work that much more fun. You know who you are. XX
If you've enjoyed this post, feel free to make a donation to help make stories like this happen!