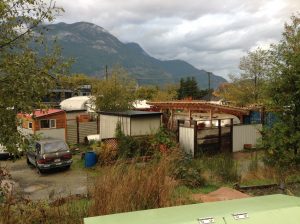 There is a confession wanting to come forth. Holding onto the idea of van dweller of 20 plus years, there is currently a slight untruth to that. Exploration has taken hold into areas taken for granted to most western people but with my own free will and desire, I became unfamiliar with. The confession isn’t large. It is merely that our dwelling situation has expanded. To be clear, it is not a mansion in which we reside though it certainly feels like one. The place is more of a small box; bigger than the comforts of my van, but lacking the freedom of wheels. There are no amenities like a shower, toilet, running water and heat, but there is electricity and a big window that opens. For some on the trendy side of things, it could be called a tiny home though to be sure, my van is that as well. 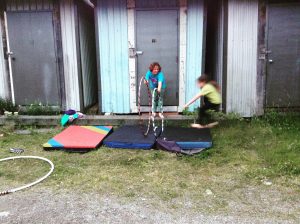 This is a place where we can rise out of bed and have the luxury to comfortably stand up without fear of hitting my head. There is space to create; akin to the sweet little corner nook I had as a child in the room I shared with my younger sister. Here, I’d store ideas and creations to grow and prosper. The van also has this quality and in many ways is even more inspiring with its ever changing view. The discipline of stretching is more frequent as well. I can stand in full extension and lie down on a prepared mat and bend every which way my stiff body allows. In my van, stretching tends to get more creative, using the front chairs for the pectoral stretches while the front bend is maximized. Everything else prefers the freedom of space. Regarding stuff... While some are jumping on the trend of downsizing and simplification, I find myself combining the two ideas of gathering and discarding. Old stuff kept in storage is explored as new, while the majority is discarded, hopefully to be found as someone else’s treasure. Life, regardless of dwelling, doesn’t require as much as we think. 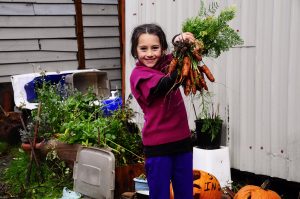 Cooking. Now this is pleasurable with the extra space… While the van offers the comfort of having everything within reach, cooking while standing up is a whole new story. Though van cooking has always been enough to suffice any guest, a second hand toaster oven adds creativity to our meals; while blenders allow smoothies and pureed soups. My insides squirm with pleasure in the simplicity of shelving and counter tops. As an added bonus, this little space allows a garden. Gone are the days of planting seeds in random garden beds around town. It is amazing how a bit of soil and seed can conjure up an array of edible veggies while at the same time, increasing my sense of food security. Eating local just took on new meaning, something highly recommended to all. While the pleasures of gardening and cultivation in a small studio take root, the freedom and constant stimulation of van life continuously beckon. Having spent a week away from the studio in exchange for a week in the van, my spirit feels freshened and inspired by the change of scene and space; reminding me of how little we actually need. And while it is really nice to have a little space where my daughter and I can cultivate and create, the need for movement is deep within, as if my blood part nomad. A fixed life can make me feel constricted, as if held down by an invisible ball weighing more than the Stawamus Chief itself. Nights spent in the van on various streets of Squamish, even if just a 5 minute walk from our new mansion, are enough to satisfy my desire for new surroundings and a life on the road. My beloved Toyota road runner has been with us for nine years and will hopefully continue to push its 392 km total. Meanwhile, the comforts of studio life inspires a larger home on wheels, a home in which we can stand while cooking, perhaps even have a full size bed, shelving, solar panels, and a nice fridge to prevent my cream from curdling. I imagine it with an electric engine made by Toyota. There are extra seats for friends and hitchhikers and maybe even a rooftop garden. The exterior is white with a red stripe going down its side… It is big enough to allow space and inspire creativity but small enough to ensure simple living... While it delivers us to our next stop, it offers views and insights that are ever changing while the inside securely feels like home… Thanks for reading.  Update: 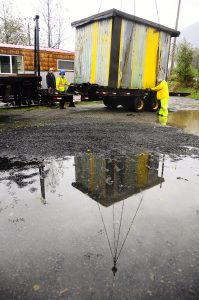 We have since been evicted from our little home. Our tiny home community which housed 6 families will be bulldozed and replaced by a condo similar to those found quickly popping up on the various street corners of Squamish. Gentrification replacing character, culture and sustainability. RIP Tedville. If you only understood what it was and what it could have become…