As if under a spell, the idea of staying anchored in one place for the duration of an entire year, attached itself to me like a starved leech. It was an idea that wouldn’t budge or compromise; leaving a strong sense of obligation before even starting. That if I didn’t follow through, something dire would happen… That if I left the said vicinity, some horrid curse would be laid down… Maybe it is the slight OCD in me but I followed through. Through thick and thin, the spell, felt curse at times, swallowed and bound me to a land which I both loved and despised. Through two cold and snowy winters, and an amazing Squamish summer, we stayed bound for over a year. 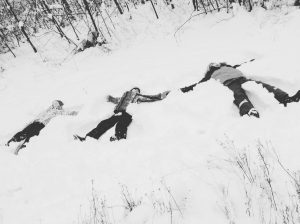 Squamish isn’t the worst place to be locked into for a year. Most people spend their lives tied to one place, some never leaving. But not everyone can live like most people. Confinement, stability, being home bound… this isn’t for me. The past year has helped me understand this even more; maybe even accept it.  My very nature has beckoned me to move and explore and has done so since a child. Experiencing change of scene is vital for me to thrive. Even if this change is but two hours away; this is enough to bring sanity, insight, a breath of fresh air… My mom used to ask me if I could just stay put. Some would point their finger, instilling the idea that there was something bad with my instinctive need to move. Others suggested that if I only put some roots down and anchor, things such as a job and home would transpire. A year in Squamish seemed the perfect test for that. It has been my base since my early days of climbing and held a community both familiar and supportive. 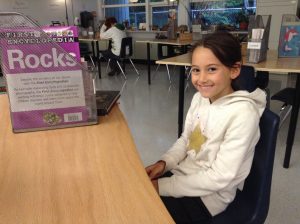 Yet contrary to what people say, being stationary for a year did not attract the job and home theorized. Staying seemed futile, but really, I didn’t have the means to leave. Besides, Cedar made a strong case of why she wanted to experience school; denying her that curiosity was unthinkable. Finally, with a serious shoulder injury, leaving seemed pointless. Healing my shoulder was vital. In the end, staying felt right. The last time I spent a notable amount of time in Squamish was in 2012. I had my crew but this changed immediately upon return. The feeling of being an outsider in a place that once felt like home was odd; I didn’t quite know where I belonged. Three years on a different continent was bound to change a person while it also meant that the lives of others had changed. Some relationships faded to the background, others deepened, while new people led to an influx of inspiring energy. Eventually, I start to find my grove. Thinking back to the start of the year, my life was on a different trajectory. My mind and body was heavily fixated on training and competing. This obsession meant ignoring the painful messages which eventually resulted in a shoulder injury that completely stopped me in my tracks. When climbing ceased, time opened up. A freedom was felt as if a blinding obsession was suddenly lifted. Cares other than climbing were inspiring me in other ways. Not only was I 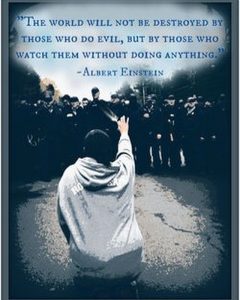 witnessing changes in relationships, but also in my town. Squamish was no longer seen as the pit stop to Whistler. The population exploded as did development and gentrification. The iconic, original sign post to the Chieftain hotel was replaced by a shiner, more modern sign. Neighborhood green space was quickly being replaced by cookie cutter condos which seemed to appear over night. A liquefied natural gas (LNG) terminal was proposed for Howe Sound. Not only would this further the investment in fossil fuels and accelerate climate change, it would risk the fragile ecosystem of the very ocean we admired every day. While this frustrated me to no accord, sitting idly by is not my style. As Albert Einstein once said: “The world will not be destroyed by evil, but by those who watch them, and do nothing”… So with that, a part of me that thrived in days long past, was happily revived. Anothe 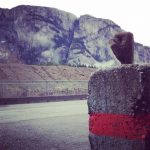 r time spender was trying to help the future of the beloved Grandwall Bouldering Coop.   There is something to be said about old school training rooms like this; its characteristic walls, innumerous sequences of problems, freedom to play your own music... Having spent countless hours climbing, stretching, doing endless reps of physiotherapy in this sometimes called dungeon, I couldn’t imagine training anywhere else. Sadly, memberships had dropped significantly because of a new commercial gym in town and closing seemed just as eminent as the condo which will eventually grow in front of its view… There is no doubt; Squamish is quickly losing its character. But the most interesting change was my mindset. After the summer, I start questioning my ability to leave. All the dreams that I conjured in my mind of returning to Europe, going to South Africa, to even a simple venture south of the border felt totally unrealistic. I found myself asking the very same questions that people have asked me over the years… How do you travel with child, with so little money and possessions? Little worries ran through my mind; stuff that seemed so trivial weighed heavier as each day passed. I didn’t understand what was happening. I’ve never felt so restricted, doubtful and stuck. The thought of leaving was actually becoming scary; significantly impossible. I start to understand those who questioned the way I once lived. The longer I stayed in Squamish, the more overpowering this became. Looking at photos of friends in Bishop made me wonder how the hell they did it. Wtf? How did a simple trip to Bishop feel so incredibly out of reach; so insanely impossible?! This mindset started trickling in around September. When October and 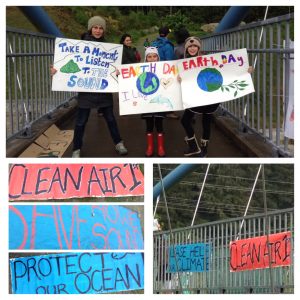 November came around, the skies poured from the heavens and beyond. Everything and everyone appeared grim and bleak. It was a dark time that was tough on everyone. It attempted daily to swallow people up hole. It succeeded to capture some poor souls, while leading others into its darkened abyss. At its height, its power was so strong, I could barely stand it.  On this dark morning, my friend Caroline invited me to hike the Chief. Responding with a few dark words that maybe I’d see her up there; a heavy look conveyed my state of mind. The Chief beckoned me to its top with impossible thoughts. I walked drudgingly alone. The rain fell down my face, masking my tears. Few people passed me that day. I hid behind trees when I heard their voices disturb the quietness of the forest. A memory of my childhood came back. Often, I would sit in the forest for hours, leaning against the tree of my choice, asking without knowing, for support and guidance. Slipping and sliding on the moss covered brush; I escaped the trail, bushwhacking through the dense forest, seeking this one tree. A strong Cedar tree stood waiting. The local people say that the Cedar tree is regarded as the tree of life. If ever feeling lost or alone you could sit against one and it would help to soften your heart. I sat there for hours, holding its hand. With closed eyes, I let the intensity of emotion go through me. The year in Squamish hadn’t exactly worked out as hoped… I fucked up my shoulder, every attempt to work failed bitterly, we lost our tiny home community because of stupid development, and despite loving my volunteer work; they didn’t pay the bills. But from all of those things, extremely positive things came forth... For one, my shoulder cleared my mind, the job situation taught me I must be self-employed, the home situation taught me gardening, and the volunteer worked for the greater good. So what was my problem? It was simple really… I needed sun. 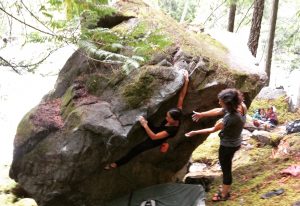 Hiking down, something switched. It wasn’t long after that, I responded to an email from Jeff, the one and only local climber who I was happily coaching. I don’t recall what I wrote but I do remember him saying that there was a lot in that little email. Shortly after, he offered his tiny car to me for a joy ride to go see Ester Smith, a physiotherapist working out of SLC. She had agreed to look at my shoulder for a coaching trade. It seemed an opportunity worth exploring. Perhaps my physio routine was simply missing one crucial exercise which only Ester knew. The alternative was staying north and embracing surgery. By now it was December. It was very cold but the rain transformed to snow and moods all around were lifting. The idea of taking Jeff’s tiny smart car was sinking in, as if it were a dream starting to realize. Taking my own van felt wrong. It was old, creaky, and needed work; Jeff’s car was light, cheap and healthy. Another opportunity arose to get a second opinion from a surgeon friend who lived in Bishop. According to instagram, that is the place where people climb in tank tops while basking in the sun. This is exactly what I needed… Everything seemed to be falling effortlessly into place for a winter escape. The desert had been calling for a while; luring me with the smell of sage and creosote. The sensation of warm air on my back crept up my spine. The road was beckoning. My minds chains were slowly unraveling; their spell weakening. A trip was possible. I had fulfilled the contract and stayed one year, three weeks and five days in one place. There are no regrets but can’t say I’ll do it again anytime soon. At least for now, it is time to embrace the open road. 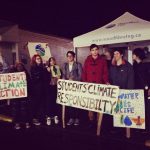 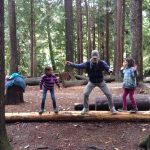 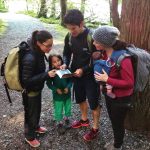 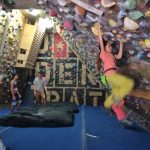 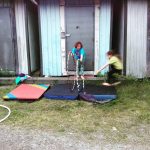 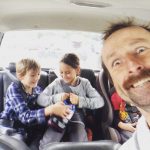 Thanks for reading. 🙂 If you've enjoyed this post... Many thanks.