The drive south was blistery and full of detours. The thought that we were approaching the California border seemed unreal. The view from the driver’s seat was that of the opening galaxy scene of Star Wars. Coming straight towards us were thousands of tiny white spots encompassed in a sea of darkness. As a kid, when my dad drove through snowstorms, this same view would mesmerize me. I’d struggle to find focus among the movement of a thousand tiny speckles. As tempting as it was, it took a lot to not drift back into that realm; if my focus didn’t stay on the road I’d end in the ditch alongside the many others. Thankfully, not all storms make it over the mountain pass. As we pulled over the last stretch of snow and ice on the 395, the roads were as clear as the sky. 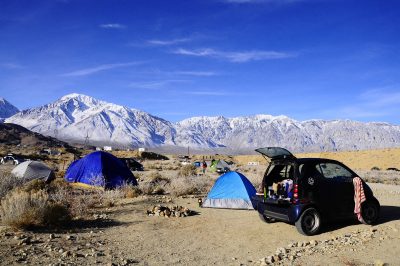 There is something to be said about the night sky in Bishop and perhaps more to be said about the night sky in general… Years ago, I slept bundled under these stars, unable to sleep because of jaw dropping awe. Did that many stars really exist? I mean really, have you seen them?! I wanted Cedar to experience this. As I told her to stick her head out of the tent, her eyes entered the cold darkness of the sky and fell upon the many sparkles above. Her response was of amazement and inquiry. “Momma, why are there so many stars here?” What to say except explain that LA is far enough away that it can’t pass on its light pollution and Bishop doesn’t produce enough of its own to destroy…? This is true isn’t it? It’s just a shame that the experience to see the night sky at its darkest yet brightest is something many people have yet to have.

But seeing the stars was just a small part of this trip. The real goal was to get a second opinion on the need, or not need, for surgery from Dr. Rich, a surgeon friend based out of Bishop, as well as the opinion of Esther Smith, a physio working out of SLC. But besides dealing with shoulder health, there were extras to this trip, for one, receiving a good dose of vitamin D. The past winter in Squamish was incredibly grim. It didn’t offer much respite for those with a strong need for sun or dry rock.  And so it goes, if the opportunity arises to leave, such as a friend lending one their reliable smart car, then, one leaves… without hesitation… 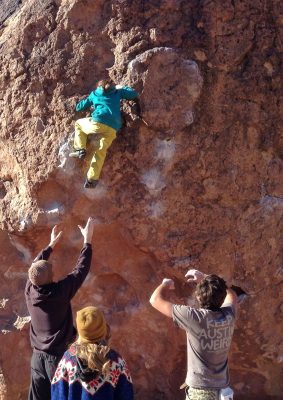 Our first day in Bishop was spent not thrashing among the many boulders, but in the MRI wing of the Bishop hospital.  Entering through the back door with Rich at our sides, the hallway was quiet, offering an air of seclusion. While Rich looked at my MRI results, I squirmed among the hospital things surrounding me. The environment reminded me that I was willing to do just about anything to avoid the knife and that included road tripping down south for different opinions. But after examining my shoulder and MRI results, my heart sank upon hearing his news. Basically, if I wanted to be at full strength and push climbing again, the knife was the best option. On top of that, he noticed what he thought was a small labrum tear. It felt like a slap to the face. My idealist nature didn’t know what to fathom… Hearing this news from a Squamish surgeon whom I didn’t know and hearing it from a friend are two different things… Leaving with a slightly dropped head, I thanked Rich for his time and knowledge. He could tell I was on the verge of tears. It wasn’t hard to tell. The only thing that stopped me from breaking down in front of him was the blue sky above. I hadn’t seen a sky like that in months and despite the news, I was grateful to be standing where I was.

It had been five years since our last trip to Bishop. At that point, Cedar was half her age and climbing in fancy dresses without thought; whiles I was in my ‘pre-comp era’, meaning, healthy, fit, and strong. This time around, Cedar was the one topping out while I fell on things once sent with relative ease. The past year of little to no climbing showed; my strength and power felt dwarfed in comparison. Yet, despite the betrayal of my own fingers, the fun and simplicity of climbing had returned. Sending didn’t matter; the feeling of movement and rock under my tips was enough. While my injury reminded me to not compromise my shoulder as I climbed, it also cast some of its own magic. 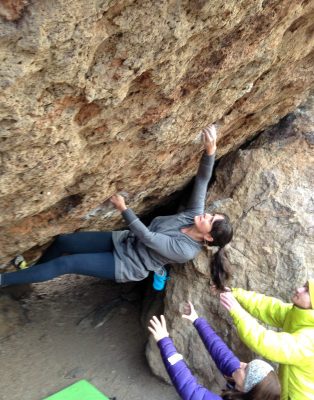 Our long absence from the US climbing community meant there were a few Americans needed seeing. Most of us are pretty lucky to know people who bring out our best selves. They are the ones you want to surround yourself with; they hold you to a certain degree of responsibility and feed off an energy that is both contagious and inspiring. Thus, it seems appropriate to make a short dedication to a few people that graced us with their presence this trip. In no particular order, David Gurman, Shawna Jacoby, Ben Ditto, Tim Steele and Steve (roadie) Seats.

Despite living in two different countries, our lives have remained entwined, crossing paths in climbing destinations throughout the world. They’re the type of friends who inspire but don’t judge. In times of turbulence they offer support, perspective and a deep sense of acceptance and compassion that is rare. They don’t hold one to their past nor expect anything less. They each lead amazingly creative, inspiring lives and have this crazy confidence in me that I can do the same. Alongside all that cream, they’re always a good time and even if they weren’t, I’d still love them.

So with that, the story ends. We pointed the tiny car towards Salt Lake, waved goodbye to the Sierras and directed ourselves east. 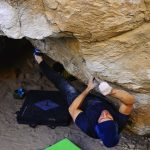 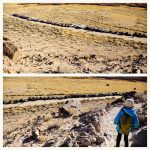 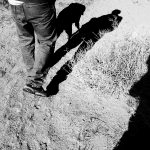 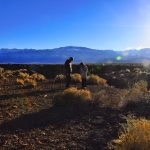 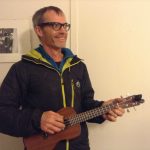 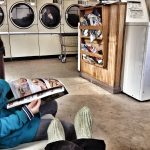