He, the language keeper, medicine man and sweat leader, paused at my daughter as she exited the sweat lodge. “Take this tobacco and hold it up to your heart.” Looking towards me, he said, “Your daughter has a heavy heart.” Understanding his words, a piece of me ripped in half. “Yes, it’s the school, two weeks away. She misses it...” The mother, the wanderer, the dreamer. On this short trip of elation made out of necessity for my own survival and wellbeing. A mere taste of what feels right; to heal the heaviness of my own heart. A trip to the desert; a fling with the sun. 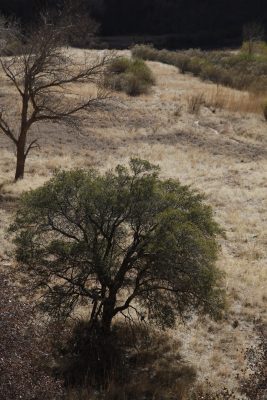 Back again. For another long, drawn out winter in the darkened humidity of the pacific northwest. The night we returned it was raining. The rain here is different than down south. It falls and falls, never-ending like a waterfall. Just when you think it couldn’t possibly rain anymore, like a toddlers tantrum, it throws down a thundering array of drops so big and large you wonder if the place would flood. Upon stopping, it takes days to evaporate back into the heavens. It lingers within your bones, until eventually, it falls again. If it was dry, returning might be easier. The stars so bright would have reflected themselves in the dark ocean. But it wasn’t. It was dark and windy. More water was falling from the heavens than I had seen for months. Returning feels like this. At least, since the last few years. Covered in green so soothing to the soul, it’s beautiful here. So beautiful. Why be distraught? But the problem isn’t here, nor is it with my daughter. It’s this internal worrying ache that amplifies itself tenfold before even returning. With a shallow glance, it seems to stem from basic survival but its origin is much deeper, stemming straight from the core of my existence. Traveling, climbing, nomad-ing... It’s in my blood, inescapable. Since a small child, I would look longingly out the window, wondering and dreaming about the world beyond. Leafing through old National Geographic’s, absorbing the images of places far away. In its own way, the climbing lifestyle quenches this yearning. Living a daily existence beyond the norm; simple, yet fulfilling; inspiring and ever-changing. A living dream of walking barefoot on an ocean of rock or over a lush bed of green moss.  In grade four I went to a friends cabin for the weekend. Needing time alone, I left without mention. Directed toward the pull of the ocean, I walked, wanting only to sit and listen to the sea. To hear it talking. To hear its message. In silence. Then, I heard them coming... “What's wrong with her,” the mother said. “It isn’t normal”. Nothing is wrong. What isn’t normal...? The sea was calling, about to fill me with something without name. Returning on their terms, part of me remained on that beach. The listening unfinished. One of my first betrayals to myself. Remaining unquenched, unsatisfied; curiosities take their hold. Every part of me needs to see and feel the earth beneath my feet. To move and change. That urge hasn’t withered. Sometimes, this feels a curse. A game of tug of war between my reality and a dream. As a young teen, I would sit, watching my own mother at the table with smoke in one hand, while her heavy thoughts stirred in the other. Bitterness within her growing like a soon to erupt volcano. Many hours and cigarettes spent at this oval piece of wood. Ruminating on a life not lived, dreams not realized, disappointments in what is... us, her, him? It’s never mentioned. ‘What’s wrong? I ask’. ‘Nothing.’ she replies. Like a fog, never clearing. Let that not be me. There has to be some balance in life that works for both parent and child. 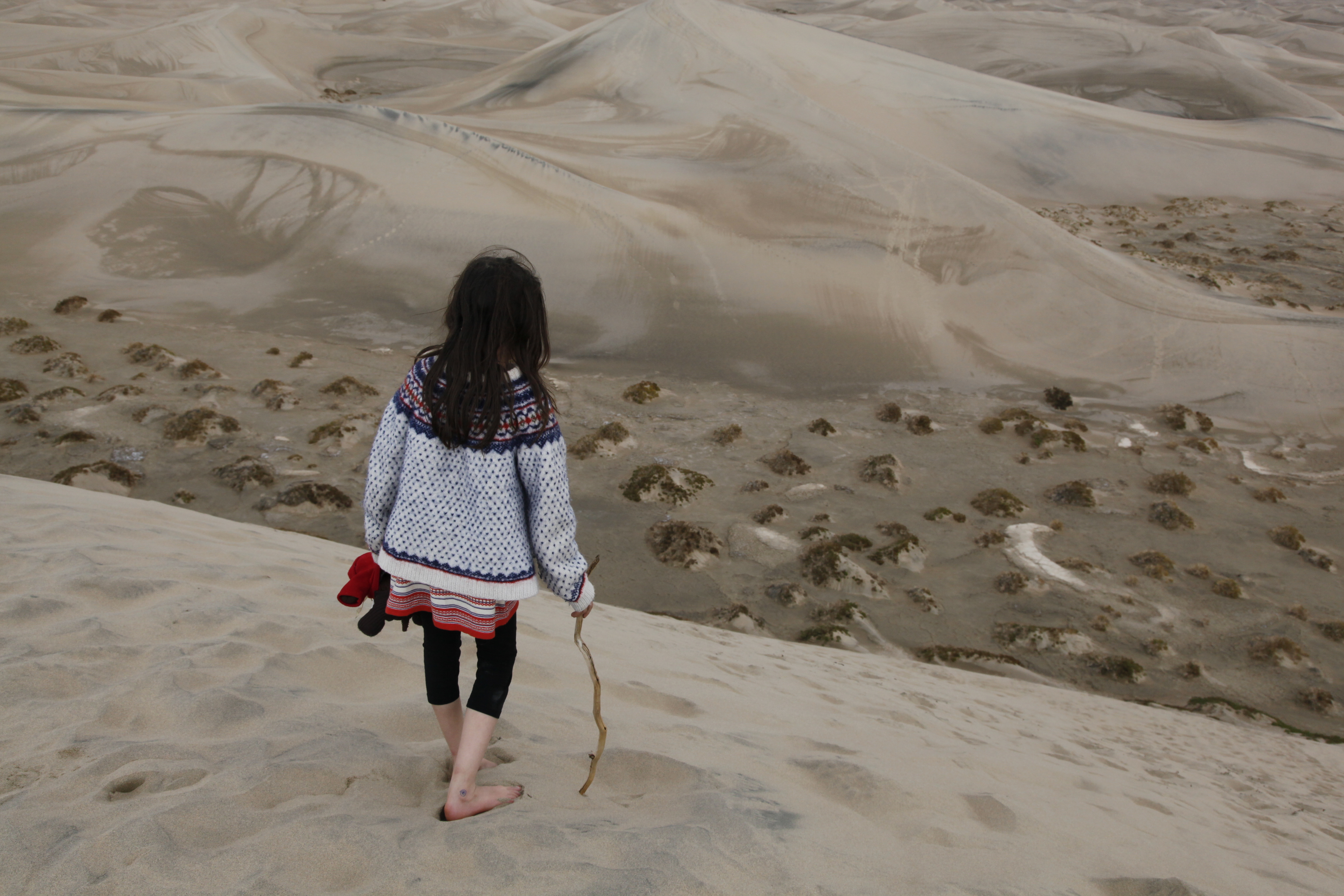 It was easier before her curiosity for institutional schooling called. ‘Give me five reasons why.’ Responding, each sentence contained the word curiosity. I couldn’t deny her that. I’ve never been one for conformity. But she isn’t me. I understand. School is cool. Especially her’s... It contains Char, Miss. Lowe, Naomi... Powerful, strong women; role models for us both. It has learning of all kinds and a community with a strong hand connecting us to another world of culture and wisdom. Even so, on a recent trip, she learned about desert geography, attended a sacred sweat lodge, and read the Diary of Anne Frank which made her reflect on our time spent in Germany. She attended a Women's March, learned about local and national issues, connected to community, people and place. Her patience and will was tested on rocks while her eyes absorbed the desert beauty. An education barren of four walls and a ceiling, but still, an education. Does she realize it? Yes. We talk. More open and honest than I ever had with my own mother. Time together, communicating, relationship building. Our trip is over... Can one feel gratitude and despair simultaneously? I don’t want to return but I must. Perhaps it won't be all bad. With a handful of trusted friends, some comforting routines, ideas and projects to work on... But there’s no kidding myself. It just isn’t the same. On the open road, scenes change daily. Days flow with a natural intuitiveness while nighttime dreams have a vivid intensity making everything feel right. Ending this lifestyle feels a betrayal to my truest self. My bones ache with an unbearable intensity at the thought of returning; being bound in one stagnating place; surviving, but barely holding on. Wasting away. I fight it before even arriving. But this is compromise. Because I love her. As we drive, I absorb the passing landscape and quietly whisper to her: ‘Here, the roads unravel a world unveiling itself only to you. Can you see? The way the clouds seem to balance themselves on the hill over there. The cast of red within the fire orange. So many sunsets, such beauty, such sadness. Balance, yes I know... That’s why we go back. So you can be in school, random aways so I can survive. It goes both ways. I know you don’t hate it. I am thankful for that.’ Occasionally, I imagine returning without complaint. Optimistically I tell myself, I will find real work, pay off student loans, save up for the dream trip to South Africa. Maybe even afford the luxury of a van large enough to stand in, a nomadic version of my own white picket fence. Get your shit together. Like the Brown’s... Like the Smith’s… There are problems upon returning. Possibilities of ideal work turn into disappointments. There is no place or compromise within these tall walls of conformity for a black sheep. No one will hire a nomad too honest for their own good. Need more commitment they say, not a team player... 8 months out of 12 ain’t enough? Slogging away at the mundane while the committed are witnessed leaving, returning; exceptions made for some, not all. Bitterness so bitter, it grows and swells. So much to give and yet, never quite good enough. Compromising for those open enough to accept my quirks and meet halfway; there is some balance but internally, I am unsatisfied and left to ponder the inner and outer workings of oneself. My friend David understands. In response to my complaints, he says they lack vision. I laugh in agreement. At moments of tension, distraught between two worlds colliding, my daughter will sometimes ask, ‘Why can’t we just be like the others?’ Be like the others... ‘But my love, I would become part of the walking dead.’ When I was a kid, stuck in the same house on the same road, I would longingly look up at my mom and ask the same; except my others were the movers and explorers. Back just a day, part of me already withers. Barely surviving; lost and losing.   Precious lifetimes on random jobs put food on the table. Inner battles linger between this and that. Life on the road, a home base. Inspiring work that gives while receiving; making a difference. Everyone thriving in so many ways. It need not be this constant struggle to survive. This tug of war between two worlds of the same. I wonder and dream; yearning for a better way. As winter closes in, my time of confinement nears its end. I realize the heaviness that has accompanied me when being bound wasn’t as intense as it has been. Has part of me succumbed to settling? Is the life of planting roots takinAg over? Planning out our next trip, I think not. Possibilities seen in others accomplishments inspire me to do things a little different. If they can do it, why not me? What piece of the puzzle am I missing? Is it just luck of the draw, or a whole lot of hustling? Maybe a bit of both?Regardless, I resolve to make it so. Perhaps that keeps my mind from wandering to lands far away, or maybe, it’s simply just the sun that I have to give thanks to. This fall, it showed itself more than usual making the stay far less heinous; giving an air as if the desert were right at my tips. Enjoy this? Please consider donating to help sustain this site. 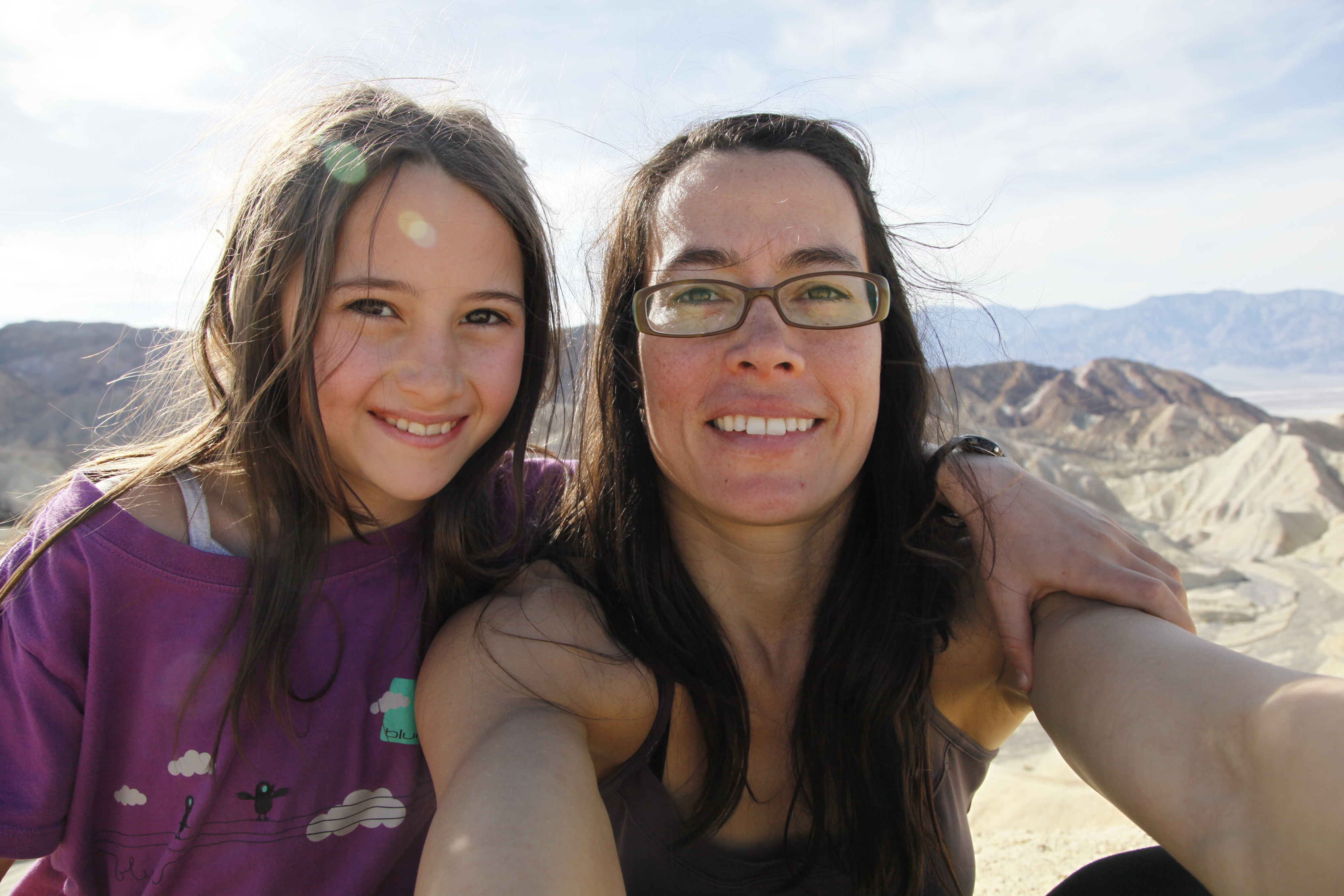