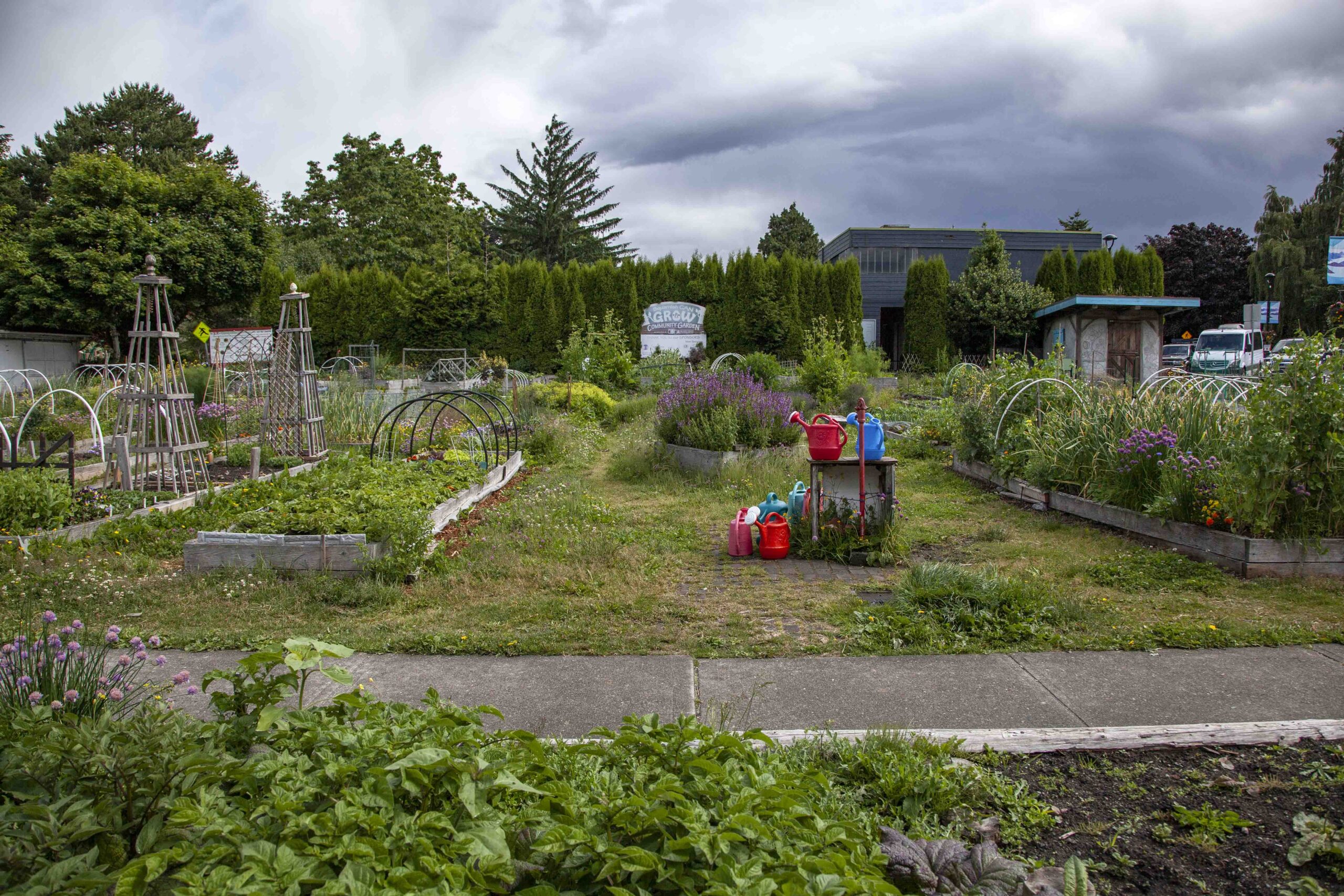 As I harvest the food that remains in my downtown community garden, my thoughts fall to the massive flooding and mudslides that recently destroyed roads and instantly cut Vancouver off from accessing the many items that we enjoy each day. We are incredibly insecure within this “system” that they have created and continue to perpetuate. Like most things, food exists within the capitalist system and is subject to the same logics of profit, dependency and class inequality. Most of us are dependent on grocery stores to survive and incapable of growing our own food, while access to healthy and fresh food is significantly more expensive than processed foods. However, food security is about more than access to food. It is also about being able to exert true independence.

This little garden has provided me and many others with a small bit of food security and saves us from buying imported vegetables at the corporate owned supermarkets, while the local farmers markets usually supplement what we do not grow. But what I really like about this space is that it has allowed me to work with the land and cultivate life. Every time that I visited the garden, I couldn’t help but ponder its future. These two corners of land, along with the August Jack Hotel were recently sold and are subject to a large development, along with the corner across the road where they plan to put a 8 storey condo. If these projects succeed, how will we remember this corner? Like the thriving ecosystem that once stood in the same area before the town of Squamish was created, will the gardens and the community that blossomed from it become part of our “collective amnesia” and be merely forgotten?

While the District has found another area for a community garden, it is much smaller and lacks the appeal of these particular gardens that are downtown. These corner gardens have created and built a long time community that is invaluable and irreplaceable. It is appreciated by the tourists who often comment on how cute it is, and wish they had one in their own town. When they ask, “who runs it?”, I respond, “the people.” So, if the people run it, why aren’t the people standing up against this madness that is happening not only on this corner, but all over town? Why is the allegiance of our leaders not to the land and people that give life, but to developers whose sole goal is to turn a profit? None of the gardeners that I have talked to are happy about this loss, nor will they relocate because the new location isn’t as accessible for them. They will make their own, somewhere else…but where? If these people don’t own their own land, like many of us, where will they go? The DoS is selling off public land at rising market rates faster than one can blink. Meanwhile, if road closures due to flooding or fire continue to happen, which is very likely the case, supermarkets only have approximately enough food to last three days. To avoid the “panic buying” that the world witnessed with the onset of Covid, food security is a huge problem in our society that needs serious prioritization.

At one point there was talk of putting a permanent farmers market in the area across the Main. Such a great idea and something that the community would benefit from. Why did that not happen? Did the current developer offer so much money that the District just “couldn’t” say no? Why is it that the system prioritizes more material wealth, rather than less? The idea that material wealth is the ultimate goal of humans is a fallacy stemming from western culture that originates from the roots of the modern state and market economies. As a result, we consume far beyond our individual needs, resulting in destruction of nature driven by the profit motive. This will be our death. We need to stand up against these false ideas and a corrupt system. More importantly, we must fundamentally change our relationship to each other and to the land. All we need to survive is food, water, shelter, a little clothing and importantly to thrive – we need each other and a healthy planet. Is the madness that surrounds us really aiding our pursuit for the “good life” or is it lining the pockets of the already rich while increasing our dependence on outside sources? Shouldn’t we be advocating for more food security and a society that is grounded in local social relationships and institutions?

There is good news. We don’t need to wait for elected leaders and their painful bureaucracy to grant us space to increase food security. Without asking permission, the people in Bristol took control along city streets and parks and planted herbs, vegetables and local wild flowers for everyone to enjoy. Their reasoning: why ask permission from a system that operates through an unregulated market economy that prioritizes profit over the well being of people and the planet? The political system lacks the will to make real change and is incredibly corrupt. The Bristol gardens are the opposite of this system. Another great example is the Keep Growing Detroit movement. When I think about what political leaders say to the people, the expression “the emperor has no clothes” comes to mind.

Change can begin by understanding that the stories we tell ourselves and that we are told can shape a world altogether free of colonial hierarchies of race, class and nation. I imagine a Squamish where community-run gardens are on every street corner and accessible to everyone; housing comes in all forms, and the economy is locally based and ensures respect for all our relations, human and non-human; the power of the political system is deeply democratic, and stems from the people rather than corporate and economic interests. By reconnecting to people and land, we change from a taking-culture to one of reciprocity and respect. The time for this shift is both morally and ecologically necessary for the future of our planet and the well being of the people. This may very well require evaluating our own needs, our positions in power, and taking less. If anything, it’s worth planting the seed.

For more information on the community behind the Squamish community gardens, click here. 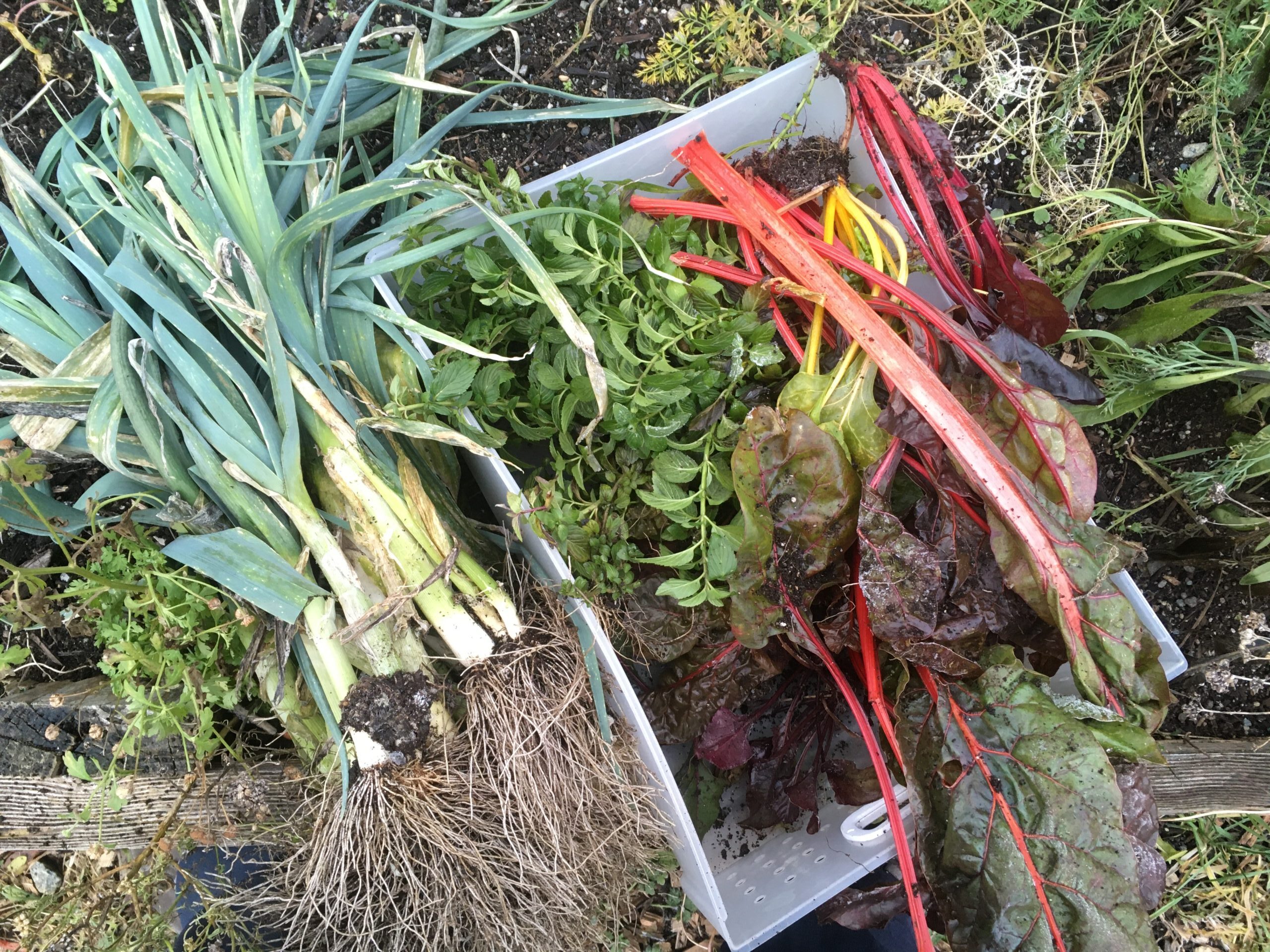