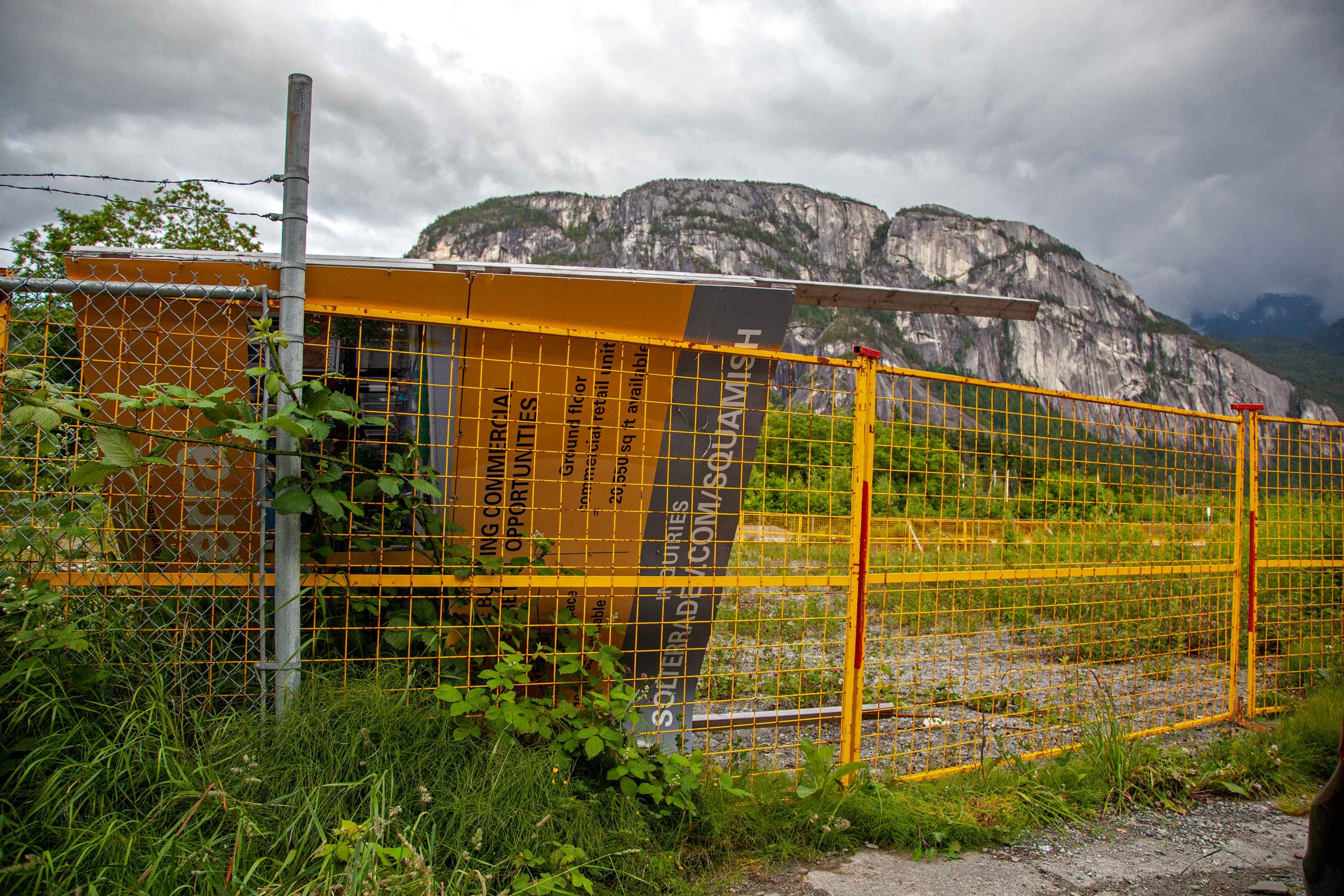 Cleveland and Main, downtown Squamish: Where colourful mountain murals painted on the sides of 6 story condos block real mountain views. This photo was taken right across from the popular donut shop “Fox and Oak”, whose long line ups on a busy Saturday pale in comparison to those of the food bank that is a mere three blocks away. These businesses are housed in “The Main”, which rest on a plot of land that once fenced in blackberry bushes which proved a sweet snack when walking by.

The entire block of land in this photo is slated for a 6 and 8 story staggered condo where market rate housing will compete for similar, overpriced condos in the area. Whoever can afford the Loggers Lane views will be paying top dollar for a view once accessible for all. Those who invested in The Main for the views are likely now kicking themselves.

What bothers me about this development (and those that line the Blind Channel) is the blatant commodification of the view of Siám Smánit, the Squamish Chief. This view deserves our utmost respect and should be protected instead of capitalized on for top dollar by developers, investors and the District alike. As much as density is a good idea, I argue that these locations are the wrong locations for such monstrosities. This sacred view should not be blocked nor commodified for the sake of profit.

An alternative? The idea was proposed to turn this lot into a community hub and permanent farmers market. This community-focused project could have aided local food security and fuelled the local economy, yet it was rejected. Why? I can only assume that money did the talking. This is how it goes here in Squamish. Does it always need to be like this? Can we create a world where people and land matter more than economics?

Municipal elections are near. The pickings are slim. Please choose wisely.